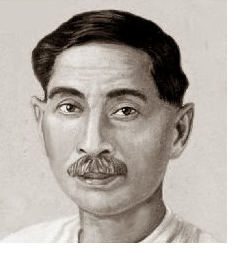 A nation that has no cultural heritage is like an orphan who has nothing to feed upon. An individual human being, a race or a nation must necessarily have certain roots somewhere.

India is deep rooted in the culture of her past-the glorious past. India has been the birth place of many great men and women – Munshi Premchand being one, born on 31 July 1880 in Lamhi, a village located near Varanasi. Arguably one of the best and the finest writers, India has ever produced. His contribution to Hindi literature is second to no one.

Munshiji has written about 315 short stories, fourteen novels and numerous essays, letters, plays etc. His stories have not been limited to India alone, but they have travelled to other parts of the world. The India of today has a rich wealth and guiding light in the form of his stories which we can look back with pride. His stories give us a definite way of life, which is typically Indian and yet universal in approach.

His literary work has had a major impact on the development of our society. His work of art is thought provoking and it allows us to raise questions, his stories give us a deeper understanding of issues and situations. Among his most popular novels are gems of Hindi literature like Godaan, Gaban, Nirmala. While his most popular short stories are Idgaah, Namak Ka Daroga, Bade ghar ki beti, Kafan, Sava ser genhu, Panch Parmeshwar, Sadgati, Poos ki raat, Shatranj ke khiladi etc. to name a few.